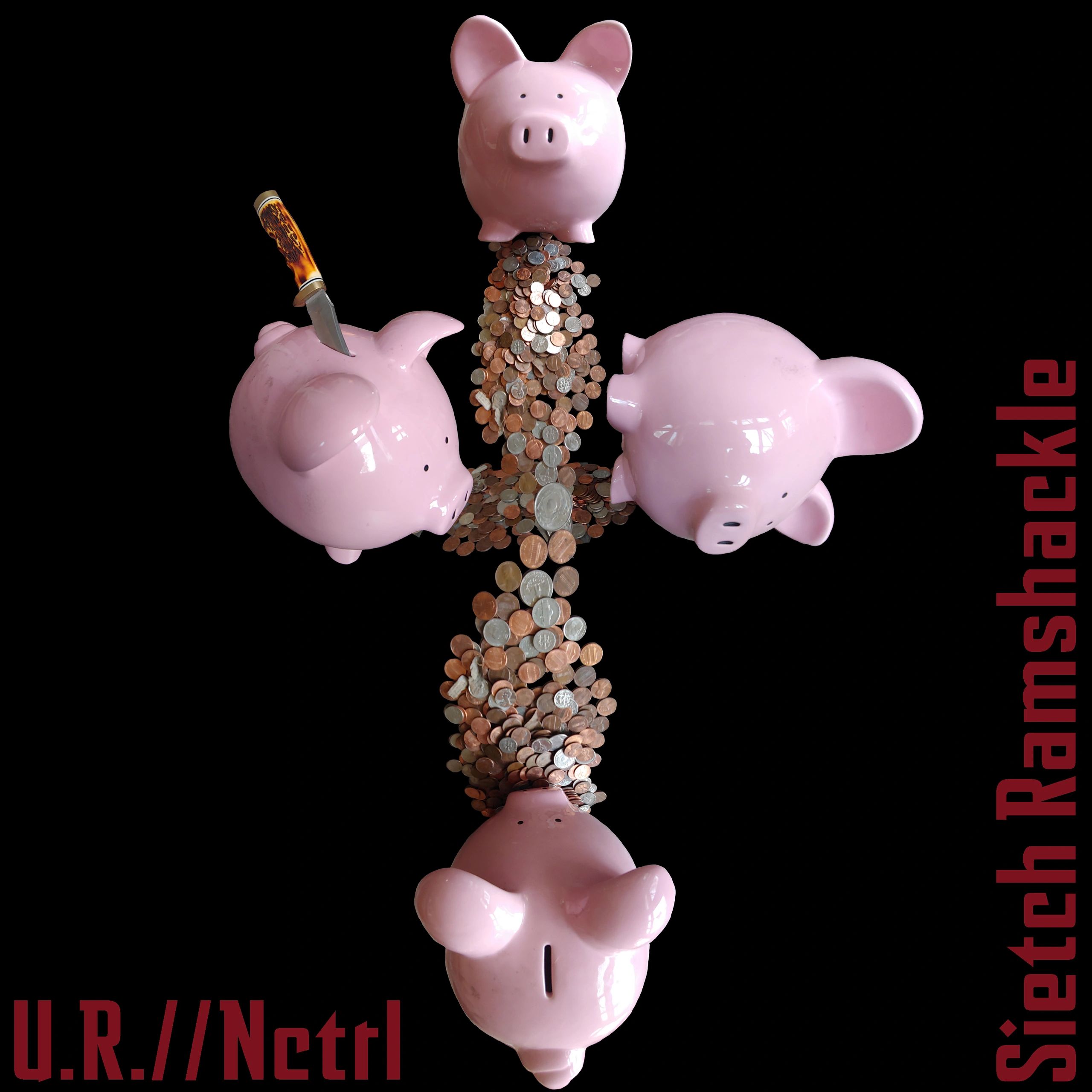 THE NEW SINGLE FROM SIETCH RAMSHACKLE!

Sietch and the band is set to embark upon a 3-week national tour starting Aug. 21st, 2019.  Come back soon for more details on dates, venues and news!!

Stream "May I RIse?" on Spotify!

Be the first on your block to own a "TWITCHY the Law Ball" tm T-Shirt.  Show your support for the Band and the Legal System with this well-made, punk AF Sietch Ramshackle-approved T-shirt.

Official "May I Rise?" Music Video

Official "May I Rise?" Music Video  by Sietch Ramshackle.

"Dort" from Sietch Ramshackle's album, "May I Rise?"

The name of my album is "May I Rise?"  It is a ten track album about  Damage.  Each song is a personal story of mine or someone who changed my  life.

I had several goals in regards to this project.

First, I  wanted to record songs...obviously.  Many of these songs have traveled  with me in this life since I was a kid.  After the Circling Birds parted  ways and Echospill disbanded, I decided to take the time to really  focus on these soul songs.

This is an album about damage.  All  kinds by all people.  Physical, spiritual and psychological.  Addiction,  societal expectations, guilt and remorse.  Each song is a story that in  one way or another...for good or ill...leads towards a damage that  stays with us in the dark recesses of our souls.

I also wanted to  pay homage to genre...the genres that influenced me.  So, each song on  this project is written in a style that reflects my favorite parts of  different musical genres...while remaining new, fresh and my own.   Somebody once told me that song shouldn't change drastically on an  album...so I decided to have every song change drastically on the album.   There is punk, rock, world music, jazz, blues, 80's prog and on and on  and on.

Secondly, since I was approaching this project as a solo  artist I wanted to include many of the local artists who had influenced  and changed me musically.  Indianapolis has always had and still has  such a diverse and incredible wealth of talent.  It has always killed me  that we have such an unrewarding music scene.  The musicians and fans  are great...don't get me wrong...but there is a lack of energy that has  always prohibited any type of real growth as a scene.  I will name the  artists that worked on the project at release but I picked certain  artists for certain songs to highlight their own personal artistry to  pepper on my music.  I think it turned out wonderfully.  As a bonus, I  was able to share this creative trip with my kids who have always  accepted their Twitchy, Irish pirate pop.  They even helped me with a  music video.  Their support makes all of it worthwhile as I have never  felt the need to be normal for them.

Lastly, I wanted to record  the process so non-musicians could see just how back breaking and joyous  the process of performing, recording and finishing a music project  truly is.  I wanted to involve anyone who wanted to follow the process  to share that love of the creative process.  A lot of artists announce  and promote and commercialize...I wanted to just share.  Open up my  journey and have lots of shitz and gigglez with all of the amazing  people I have met in this life.  To that, I hope I wasn't too annoying  with all of my posts...and that shitz and gigglez were indeed had by  all.

Alrighty, that's about all.  Look for it everywhere.  On CD, Vinyl, digital and  streaming.  I will be gigging out again after Jan. 1st so that is  exciting.

Much love, Space Rangers.  I appreciate each and every  one of you who has helped, supported and shared the misfit life with me.   BzZzzZzzZzzt...

Sietch was formally the guitarist and vocalist for Circling Birds.  He  played bass in Echospill on 6-string bass.  He is preparing to tour in support of his recently released album "May I Rise?" Click below for more.

Thanks and Studio Information

My Thanks & Love to:

Sietch was formally the guitarist and vocalist for Circling Birds.  He  played bass in Echospill and Starve the Beast on 6-string bass.  He is preparing to tour in support of his album "May I Rise?" in Aug., 2019.  He recently finished a studio session with Indianapolis songwriter Nate Raab's upcoming release "Warehouse Daydreams."  He also plays guitar with mOOnMen (An Indianapolis Jazz/Fusion/Funk project) and Maddie and The Roadies.

He has opened for Faster Pussy Cat, Shawn James, We Are The Asteroid, All the Locals, Locust  Grove, American Bombshell, Crystal Lady, Taylor Phelan, Damsel and  Distress and many, many, many others.  He has performed with Naptown Revue and Soulrocker.

He has shared the stage with local bands such as Midwest Contraband,  Shadeland, Pinky and the Basterds, Cabin Pressure, Soundsmyth, American  Bombshell and countless others.  BzZZzzZtt...

Finger-style experimental but it is always all about the SONG.

Smudge is Sietch's manager and enforcer.

Sign up to hear about upcoming shows, albums, and events.